Did Senator Amy Klobuchar (D-MN) have a slip of the tongue or did she just accidentally reveal why she dropped out of the race?

During a recent appearance on behalf of Joe Biden, Klobuchar stopped just short of saying she was joining Joe Biden’s ticket…

A slip this morning by Sen. Amy Klobuchar during a campaign event for Joe Biden in Grand Rapids.

“I could not think of a better way to end my candidacy, as hard as it was to do with our beloved staff and everyone else, than to join the tick—“ pic.twitter.com/KZvzqNzkUJ

Joe Biden is already on the record as having stated that he wants his VP to be either a person of color or a woman, if not both.

This led to early speculation that his potential VP was on the debate stage with him at the time.

Kamala Harris was initially deemed a possibility, and she still is, but her chances may have taken a hit when she went after Biden for bussing issues.

She has since kissed and made up with Biden, endorsing him earlier this week, but it still may not be enough to get her on the ticket.

Klobuchar is another thing entirely.

Klobuchar never really attacked Biden and her timely endorsement before Super Tuesday clearly put Biden over the top in Minnesota.

This was a state Sanders was considered to have locked up with the endorsement of Rep. Ilhan Omar (D-MN) and the polls back that up, until the Klobuchar endorsement.

Who Will Joe Pick?

According to the most recent reports, the top candidates are Klobuchar, Harris, Senator Cory Booker (D-N.J.) and Deval Patrick, the former governor of Massachusetts.

When you look at all those names, the one person that stands out politically as having the biggest benefit would still be Klobuchar.

Biden will win Massachusetts regardless of his VP and he will also win California, which leaves us with New Jersey and Minnesota.

In 2016, New Jersey was more or less a walk for Hillary Clinton, which leaves us with Minnesota, a state the Democrats won but only did so by about 44,000 votes.

This state was one of the tighter races and it is a state many believe can be turned red this time around.

That would obviously change if Klobuchar was his running mate, probably turning Minnesota into a walk for Biden.

Klobuchar may say it was a slip of the tongue but when you break it all down, it sure seems like Joe made a backroom deal to lock down Minnesota in both the primary and general election with Klobuchar. 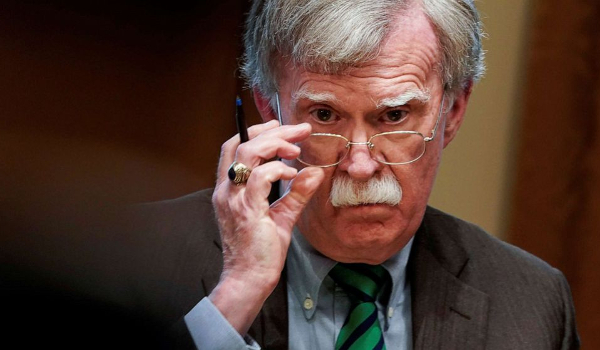