Believe it or not, a dozen or more Antifa-related radical BLM agitators were actually arrested. In Seattle, Washington, no less. Democrats are starting to look bad since they’re pointing the finger at so called conservative violence. Just because they were arrested doesn’t mean they will face any penalties. The reason why will floor you.

BLM tangles with the law

On Monday, in the hardcore liberal enclave of Seattle, Washington, “at least a dozen” anarchists were arrested and two vehicles were towed to the impound lot. BLM thought that they could get away with occupying a freeway, “causing traffic delays throughout the afternoon.”

They thought that because they were with Black Lives Matter they were allowed to do as they please. That was last week. Even anarchists are left wondering what the rules are now.

Diligent video reporter Andy Ngo was at the scene, tweeting out video which shows troopers with Washington State Patrol clearing the roadway.

The whole group of BLM agitators were “sitting down” along the I-5 North collector-distributor road. The commute was a nightmare. “afternoon traffic was forced to a standstill.”

Marking their turf with spray paint like the animals they are, the reckless radicals stenciled “BLM” across the highway. Authorities confirmed to Faux news that the substance used was in fact “spray paint.”

That shows the level of journalistic diligence of the infamously unfair and imbalanced network. They didn’t bother to report any of the lawlessness aspects of the situation, preferring to concentrate on the quality of the graffiti.

BLM protesters shut down the freeway in Seattle. pic.twitter.com/cLuNheUbGE

The ordeal began around 12:30 p.m. “when a group of people was seen near James Street walking onto the freeway.” That takes some yarbles, unless whoever is doing it has more teeth than brain cells.

Considering they’re with BLM, it’s probably the latter. Over at the Washington State Department of Transportation they could hardly believe what their traffic cams were showing. “NB I-5 collector-distributor road was closed due to police activity. This is backing up NB 5 past I-90; think about alternatives.”

So called “law enforcement” showed up and used their cruisers to shield the suicidal BLM instigators.

“law enforcement vehicles were later parked in a line on the freeway to separate demonstrators by the median from newly reopened lanes of traffic, as cars slowly passed by.”

Later, Trooper Rick Johnson confirmed that “12 individuals had been arrested and cited for various offenses, including obstruction, disorderly conduct related to blocking a roadway and malicious mischief related to tagging of the freeway.” The BLM associates didn’t stay arrested long though.

“King County Jail refused to book those individuals.” If he knew why he was afraid to admit it, telling reporters, “he was unsure what reason they provided.” It was just another catch and release. If they were conservatives, they would be getting life in prison. 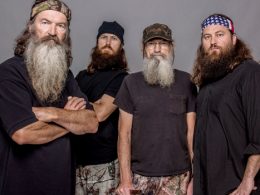 Heads Will ROLL…Lindsey Graham Comes Through on Promise

He really did it!
byChris Dorsano
2 comments

AG Barr Under Microscope as Pelosi and Dems Open Investigation