After learning about the latest decision from the California Supreme Court, a lot of Americans are getting behind their progressive efforts to secede from the union. The liberal state decided to release thousands of sex offenders so they wouldn’t have to feed them. After President Trump’s election victory is confirmed, or the civil-war, whichever comes first, America should build a big beautiful wall northward along the eastern bank of the Colorado river. Then keep extending it north until it hits Canada.

On Monday, the left-leaning California Supreme Court decided to free “thousands of inmates convicted of non-forcible sex crimes.” A ballot measure passed four years ago and sponsored by then-Governor Jerry Brown, “was crafted to reduce the state’s prison population.”

Governor Brown must have been stoned when he wrote it, so didn’t notice that he accidentally included perverts when he declared any person found guilty of a “nonviolent felony offense” would be eligible for early parole.

Brown admits that his law “was never intended to cover sex offenders.” He didn’t mention them so they were, indeed, covered under his blanket amnesty.

Lower appeals courts ruled that anyone who still knows how to read would agree that criminal perverts could not be excluded as long as they weren’t “violent.” The appeals court agreed and the high court backed them up.

According to the unanimous decision written up by Chief Justice Tani Cantil-Sakauye, the initiative’s language “provides no indication that the voters intended to allow the Department to create a wholesale exclusion from parole consideration based on an inmate’s sex offense convictions when the inmate was convicted of a nonviolent felony.”

Sentences are only a suggestion

In California, when a judge sentences a criminal to jail, it’s only a suggestion. No matter what extra penalties got tacked on to a convict’s basic sentence depending on the specifics of the crime committed, they can get tossed out the window by administrators on a whim.

Things like “using a gun, having prior criminal convictions, or being involved in a street gang.” The terms of the law which the court just upheld allow prison wardens to parole inmates early who were convicted of nonviolent crimes, even sex crimes, “after they have served their basic sentence and before they have completed sometimes lengthy additional terms for enhancements.”

Even in liberal California, “rape, sodomy, and continuous sexual abuse of a child” are considered violent crimes. However, if all you were sent to jail for is “pimping, incest, indecent exposure, [or] possessing child pornography,” you can get an early release.

Prosecutors were appalled that the law said nothing specific about sex criminals to keep them behind bars. The proposal was “so sloppily and poorly drafted,” prosecuting attorneys complained, that it would “wreak havoc on public safety.”

It’s no surprise that more than $11.8 million was poured into the media blitz backing the measure, including a big check from George Soros’ Open Society Policy Center. A spokesperson for the Corrections Department insists that just because they can let sex offenders go it doesn’t mean that they will all be set free.

Monday’s ruling “does not mean that sex offenders will automatically be released to the community,” adding that the parole board would “assess their case factors individually, including whether they continue to propose a public safety risk.”

IRS Extorted Gun Shop Owner...Now He is a Lawmaker and About to Go FULL Patriot

Police are urging residents of Lincoln, Montana to shelter in place but they aren’t saying why. Local officials…
byMark Megahan
No comments 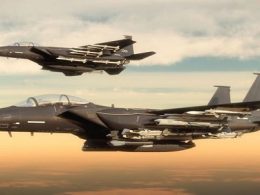 Chino Hills residents had no idea that their neighbor, 59-year-old Peter Anthony McGuire, was raping and torturing a…
byMark Megahan
No comments