Four men in New York City were found carrying a woman’s dead body to the trunk of their car in the middle of the night, according to police. The NYPD said officers initially saw the men toting a large object as they left an area on Foam Place in Far Rockaway before 2 a.m. Wednesday. Cops saw them place the object in the trunk of a vehicle and they all drove away, officials said.

The officers followed the men and eventually stopped them near Nassau Expressway and Bayview Avenue. After they searched the vehicle, they found a woman wrapped in a blanket. She was pronounced dead at the scene.

The woman has not been identified and her cause of death has yet to be determined, police said. Neighbors in Far Rockaway said she was the landlord of a building.

All four men, also unidentified, were taken into custody. Charges against them are pending. A Homeland Security Investigations spokesperson in New York said the four men arrested were part of an ongoing investigation, which may explain why the NYPD officers were so quick to pursue them after seeing them carry a large object.

NYC is a crime infested dump thanks to Democrats

“Homeland Security Investigations (HSI) New York, working with the NYPD and our law enforcement partners, made several arrests this morning pursuant to a long-term investigation into certain acts of violence in the Queens, New York area,” the spokesperson said. “This case is ongoing and there is no further information at this time.”

One of the men put into custody was brought back to the scene hours later by law enforcement officials, as their investigation focused on an abandoned lot across from the home. Detectives were seen loading up evidence bags and cataloging them. A senior law enforcement official told NBC New York the case involves the MS-13 gang.

In Seattle, WA a 22-year-old freelance photographer was savagely beaten unconscious in a brutal robbery according to a…
byMatthew Holloway
No comments

Mexico Turns Against Obama, Demands Investigation into ‘Fast and Furious’

The President of Mexico is demanding an apology, along with some answers. He wants an investigation to find…
byMark Megahan
2 comments 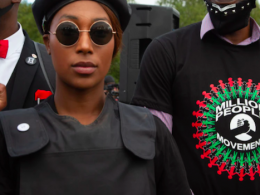