Joe Biden signed a stack of executive orders on his first day in office. One of which would allow men dressed as women to go into the bathroom with little girls. These Democrats are disgusting monsters.

The executive order states, “establishing the civil right of biological males to participate in female sports, and use female showers and restrooms.” Biden’s executive order affirms that transgender individuals “should be able to access healthcare,” an indication he intends to roll back protections for people of faith whose religion deems participation in sex reassignment surgeries sinful or immoral.

Biden claims denying Christian healthcare providers’ conscience rights is “reflected in the Constitution,” citing the Supreme Court’s Bostock ruling that Title VII of the Civil Rights Act of 1964 includes sexual orientation and gender identity. But Title VII is not part of the Constitution, and the 1964 law never intended to create law pertaining to those categories.

The order makes no reference to preserving religious liberty or freedom of conscience, although it notes obliquely that previous laws “prohibit discrimination on the basis of gender identity or sexual orientation, so long as the laws do not contain sufficient indications to the contrary.” The Trump administration recognized that healthcare providers may refuse to perform abortions or sex reassignment surgeries on the basis of religious liberty, via a rule from the Department of Health and Human Services.

Man identifies as a woman and cracks women's skulls in MMA fights.

Biden raises the participation of biological males in female sports, and the use of female facilities, to a civil right. No transgender individual should be “denied access to the restroom, the locker room, or school sports” that correspond to his or her (or their, or zir) gender identity, he writes. Feminists say allowing boys to compete against girls decimates female sports.

Last year, Swedish researchers found that biological males who received estrogen treatments for a year still maintained an athletic advantage over biological women who received testosterone, and last month the British Journal of Sports Medicine confirmed that biological males “still had a 9% faster mean run speed after the 1 year period of testosterone suppression that is recommended by World Athletics for inclusion in women’s events.”

Although the order mentions showers and restrooms, the Obama-Biden administration held that schools and colleges must allow biological members of one sex to sleep in the hotel or dorm rooms of the opposite biological sex, without meeting any medical criteria and without notifying their roommates that, e.g., her new roommate is a heterosexual who has male sex organs. Biden has recently voiced his support for allowing prisoners to go to the penitentiary that corresponds to their gender identity, rather than their biological sex.

“This isn’t equality, and it isn’t progress. President Biden’s call for ‘unity’ falls flat when he seeks to hold those receiving federal funds hostage if they don’t do tremendous damage to the rights, opportunities, and dignity of women and girls,” said Christiana Holcomb of the Alliance Defending Freedom. 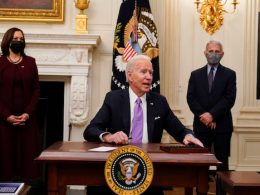 Home Inspector Caught on Cam, What He Did in This Childs Room is SO DISTURBING

I know that we live in a messed-up society. But I would like to think if you’re selling…
byRyan Michael
No comments 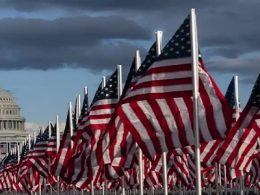