Donald Trump is fed up with funding radical liberal left-wing indoctrination. George Soros decided to plow billions into education centers around the world, promoting the New World Order “open societies” agenda. The way our president sees it, the universities which take dirty money from Darth Soros don’t need taxpayer cash. He plans to drop the hammer so hard that Thor would be proud.

President Trump on Friday “threatened” to pull the tax-exempt status of universities and colleges, along with their funding, The Hill reports. Too many schools, he insists, are driven by “radical left indoctrination.” What he said wasn’t a threat.

It’s already in the works. He told the Treasury Department to “re-examine” the tax-exempt status and funding of schools, “which will be taken away” if they’re spreading propaganda or “act against public policy.” Trump firmly declared, “Our children must be educated, not indoctrinated!”

Getting the job done may turn out harder than it seems. He didn’t name any names but Harvard, Yale, MIT, and others have been in the crosshairs ever since the Harvard connections to Wuhan, China and the Yale connections to Chinese equipment security holes have surfaced.

The Treasury Department may not have much to review, because “most private and public colleges and universities are exempt from taxes.” They’re generally set up as 501(c)(3) organizations. There isn’t a single shred of doubt the indoctrination of young minds to a liberal mindset is total.

In today’s indoctrination centers, it’s not freshman, sophomore, junior, senior, it’s “rinse, spin, fluff and fold.” The big problem is that the IRS, which is a branch of the Treasury department, can’t target groups for regulatory scrutiny “based on their ideological beliefs,” like Obama did to the Tea Party.

Between the “free speech zones,” professors who are openly hostile to conservatives and faculty which all donate to the Democrat party, it’s no wonder that a Florida engineering school couldn’t build a bridge. Their “revolutionary” design ended up as the first ground level pedestrian bridge. It had WiFi though.

Back in January, before Covid-19 became a household word, George Soros made some prophetic remarks at the economic forum in Davos, Switzerland. He announced he was pinning all his hopes on indoctrination of the young. The stock market, “already celebrating Trump’s military success, is breaking out to reach new heights,” he declared. “An overheated economy can’t be kept boiling for too long,” he hinted.

Trump’s problem, Soros noted, “is that the elections are still 10 months away and in a revolutionary situation, that is a lifetime.” In a “revolutionary moment,” advises Darth Soros, “the range of possibilities is far wider than in normal times.”

That’s when Soros announced he’s throwing a huge pile of money into brainwashing youngsters. “I should like to see it implemented while I am still around,” He wrote a check out for an even billion dollars. He thinks “that as a long-term strategy” the “best hope” of the left is perverting children.

Thirty years ago, Soros set up his Central European University just to “advance the values” of the the New World Order. Today he considers Bard College one of his biggest partners in indoctrination.

“CEU is not strong enough by itself to become the educational institution the world needs. That requires a new kind of global educational network,” he gloated. “CEU and Bard College in the U.S. are already long-term partners.” Bard is often described as a “mainly undergraduate liberal arts college,” totally operated by the New World Order. 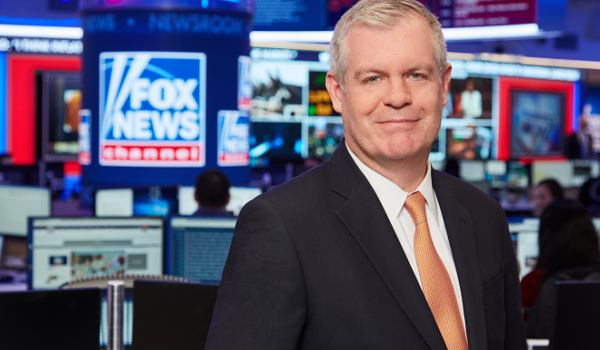