As the dust begins to settle in the June 22nd  New York Mayoral Democratic Primary the results have made it terrifyingly obvious to the far-left flank in the home of Congresswoman Alexandria Ocasio-Cortez, that they’ve effectively lost the minority vote and their support base is…. wait for it… angry white yuppie hipsters and wealthy Upper-East Side socialites, the very definition of “Champagne-Socialists”. Oooof. That’s gotta sting a bit. So who polled best with Black, Latino, Asian, and middle-class White voters in New York City? Meet Eric Adams, retired NYPD Captain, former State Senator, and current Brooklyn borough president who vows to reform, not shrink or defund the Police.

The choice between justice and safety is a false choice — and as someone who's both walked the beat and suffered from police violence, I know that we simply cannot have one without the other.

Under my administration, New York will be a safer, more just city. pic.twitter.com/nM6V3Qqzp1

“The split among Democrats is clear. Left-wing policies may be supported by hipster whites with adolescent enthusiasm, but gentry liberals increasingly have abstract questions about them, and they are rejected roundly by people of color — blacks, Latinos, Chinese — out of concrete concerns.”

Barone continues, “There the cry to defund the police is not an abstract matter, as it is still to affluent Manhattanites, or an adolescent rallying cry, as it is to the cash-strapped hipsters in gentrifying Queens and Brooklyn neighborhoods just across the East River from Manhattan.”

Adams seizing on the opportunity lit her up in a scathing statement saying that leftists like Wiley and AOC “want to slash the police budgets at a time when Black and brown babies are being shot in our streets, hate crimes are terrorizing Asian and Jewish communities, and innocent New Yorkers are being stabbed and shot.”

But the best was yet to come: Democratic pollster Davis Shor explained in New York Magazine,

“White liberals are more left-wing than black and Hispanic Democrats on pretty much every issue, even on racial issues or various measures of ‘racial resentment.’”

It seems that the true leftists in NYC backing the likes of Alexandria Ocasio-Cortez, Sen. Elizabeth Warren, and Maya Wiley who they both endorsed… are angry millennial whites… which is exactly what conservatives have been telling them since OccupyWallstreet. 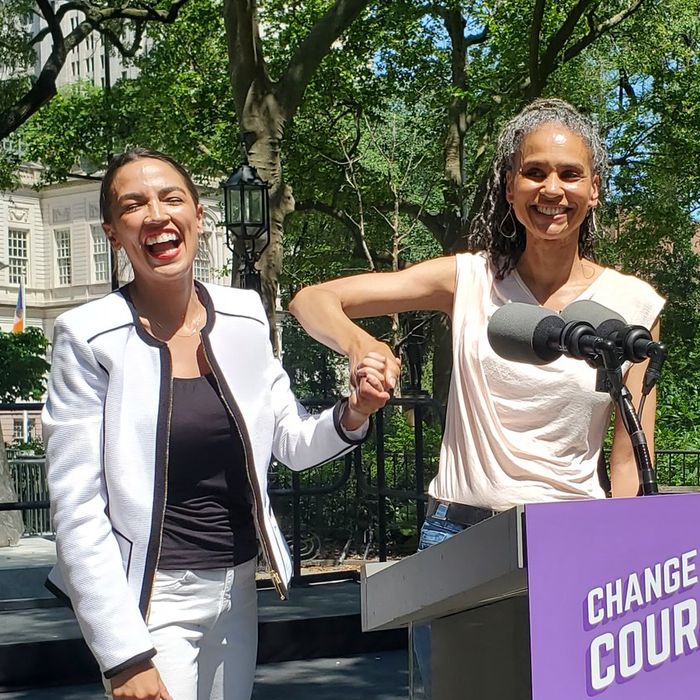 A pro-law enforcement candidate arising out of the Democrat field is an unexpected complication for Republican mayoral candidates seeking to capitalize on the abysmal failure of Bill DeBlasio’s (and his wife’s) DefundThePolice and so-called “Community Policing” initiatives. Believe it or not, this is a good thing.

Safety and the rule of law are always the absolute top priorities for a society to thrive and anything greater must be built upon a base of it. It is for this reason that a Democrat who isn’t interested in defunding the NYPD running against heavily law and order Republicans like Curtis Sliwa who dominated the Republican Primary actually ELEVATES the election, to a higher level of issues.

Two candidates who are committed to good policing can get into the minutiae of it, truly debating their platforms and improving their public safety policies through the adversarial process, the way Governments were intended to operate. Furthermore, this allows for other fundamental issues to rise to the top of the campaign rhetoric, such as housing, taxes, city infrastructure, balanced budgeting, etc. It all begins with safety, and once the imminent threat is removed, in this case, the threat being a city in anarchy due to its Police force being defunded to non-existence, the conversation can evolve and the city can finally chart a real course.

The escaped inmate hunt for Vicky and Casey White is over. They may not be related but apparently…
byMark Megahan
No comments

The corruption in Mexico is coming home to “roost,” because individuals who were once untouchable are now getting…
byMark Megahan
No comments