The federal government has declared a state of emergency after an attack that may have serious effects on East Coast states and their ability to travel.

The Federal Motor Carrier Safety Administration issued a state of emergency declaration on May 9 in response to the shutdown of one of the largest oil pipelines in the United States. Seventeen states plus the District of Columbia will be effected by the shutdown.

The Colonial Pipeline, which supplies approximately 45 percent of the fuel consumed on the East Coast, has already seen serious effects on its operations due to the attack. The company has shut down around 5,000 miles of its pipeline in response to the ransomware attack. According to experts, gas prices may soon start to rise if the pipeline is not operational within the next few days. As of May 10, the pipeline has been shut down for four days.

On May 9, the investigation into the incident has determined that the perpetrator of the attack is a criminal ransomware gang known as ‘Dark Horse.’

“The regional emergency declaration from the Department of Transportation lifts restrictions for motor carriers and drivers who are providing assistance to areas that are suffering a shortages of ‘gasoline, diesel, jet fuel, and other refined petroleum products’ in the wake of the Colonial pipeline shutdown… The declaration grants drivers and carriers relief from ‘Parts 390 through 399 of Title 49 Code of Federal Regulations except as restricted herein.’ These regulations are reinstated once a driver or commercial motor vehicle is used for interstate commerce that does not provide assistance to help the shortage.”

The state of emergency is regional, and affects the following states:

Reports indicate that the state of emergency will remain in effect until the emergency is over, or until midnight on June 8.

They Caught Him on Camera ADMITTING It ALL

Biden Just Did It, And It’s Documented 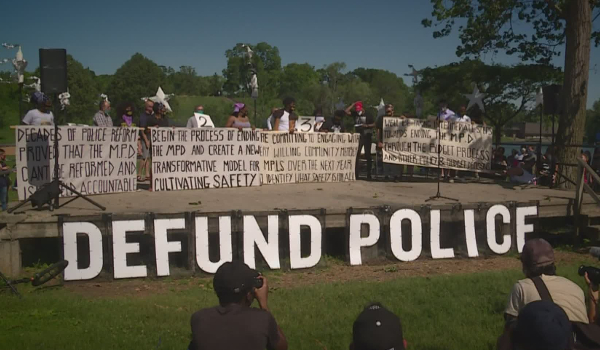 Only days after a veto-proof majority of the Minneapolis City Council voted to disband the police department, the…
byMark Megahan
No comments