BREAKING NEWS: Trump is NOT Going

President Donald Trump has tried his best to stop the election fraud that infiltrated into every area of the 2020 presidential election. Now Trump has announced he will not be going to Joe Biden’s inauguration on January 20th.

Joe Biden and the Democrats used Dominion voting systems, letting dead people vote, and allowing people to vote more than once to steal the 2020 election.

President Trump not going to the inauguration of a man who used extreme corruption to “win” is a strong move that Democrats are freaking out about.

Swampy politicians have been rabid with calling for Trump to be removed from office immediately. They are wrongfully blaming him for the incident that took place at the Capitol where Antifa members stormed in while wearing MAGA gear.

President Trump tweeted on the morning of January 8 that he will not be going to the sham of an even on the 20th.

“To all of those who have asked, I will not be going to the Inauguration on January 20th,” Trump tweeted on Friday.

The last time a president refused to attend his successor’s inauguration was Andrew Johnson in 1869. Before that, Richard Nixon resigned from his position and left the White House in 1974 before Gerald Ford was sworn in.

The tradition of sitting presidents to invite the president-elect to the White House while they ride together to the inauguration together will not be happening in this case.

Democrats Continue to Freak Out

Crazy House Speaker Nancy Pelosi is planning on trying to bring articles of impeachment against President Trump and even said Vice President Mike Pence should invoke the 25th amendment against the president.

President Trump sent out a video on Thursday where he said he will give an “orderly transition of power.”

President Trump and his supporters are tenacious and will continue going after truth and justice.

FBI Had Their Office Attacker On Radar For Months 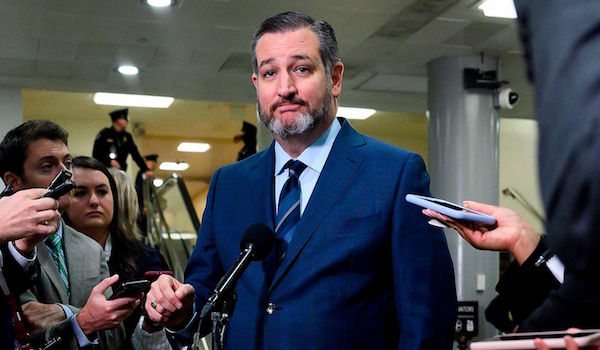