Jeff Bezos has been handed a major defeat in court following an attempt to contest an important NASA contract which was given to Elon Musk’s SpaceX rather than his own Blue Origin. The  billionaires and their companies are competing for a limited number of opportunities in an industry which is still very limited. Blue Origin has been making progress towards its goals of private space tourism but SpaceX has had more success with securing government contracts.

The lawsuit followed a decision by NASA to grant a contract to SpaceX for equipment which will eventually be used to return humans to the Moon.

There were initially to be two contracts available for Bezos and Musk to compete for, meaning that each company could have received one.

Due to a funding cut to the program from Congress, NASA was forced to change its plans and offer only one contract, which went to SpaceX alone.

Bezos and Blue Origin immediately protested the decision and submitted a complaint to the U.S. Government Accountability Office. When that complaint was rejected the company initiated legal action.

The lawsuit claimed that by awarding the contract to SpaceX NASA was disregarding “key flight safety requirements.”

The U.S. Court of Federal Claims disagreed. NASA has announced that with the ruling work will begin again with SpaceX as soon as possible. 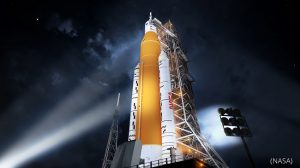 The agency also stated that there would be plentiful opportunities for other companies to secure contracts with the Artemis program in the future as the mission to return to the Moon progresses.

This statement must have been meant largely for Bezos, who said on Twitter that he is disappointed with the ruling but that he will accept it and hopes that SpaceX and NASA will be successful.

This implies that Blue Origin will not seek to appeal any further, though the company apparently continues to believe that the flight safety concerns it raised are valid.

Elon Musk responded to the ruling by posting a meme consisting of a picture from the 2012 movie Dredd and the caption “YOU HAVE BEEN JUDGED!”

The SpaceX contract, now securely in the hands of Musk’s company, will be worth $2.9 billion. The collaboration between SpaceX and NASA for the Artemis program had been halted until the lawsuit was resolved.

Bezos has increasingly leaned into his desired role as a private sector space pioneer in an attempt to rebrand himself and dodge his many personal, legal, and public relations problems deriving from his role as the face of Amazon.

Dems Turn on Each Other After Crushing Defeat 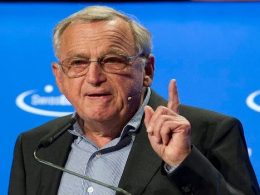 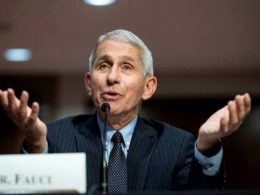