Lincoln Project Founder Calls for the ‘ANNIHILATION’ of Trump Supporters

The founder of Never Trump Lincoln Project made it crystal clear that now is the time for the total annihilation of everything that President Donald Trump and each and every one of his supporters ever stood for. It’s a slap to the face but also a stark reminder that all the protections and rights Americans relied on, which derive from the Constitution, are gone. Laws are whatever the Democrats say they are, and the Democrats are taking orders directly from George Soros.

Lincoln is spinning in his grave

The Lincoln Project’s Steve Schmidt is allegedly a conservative but the former Republican strategist found himself siding with liberals denouncing “Trumpism” as an existential threat to democracy in the United States. What he’s really denouncing is “conservativism.”

The nuclear family, ability to own a single family home or private automobile, police protection. Those are all things of the past, because they are nothing but illusions of “White privilege.” Anyone who thinks differently better get with the program quick, or you’re in for some rude reconditioning.

Abraham Lincoln is spinning in his grave knowing how his name has been hijacked and corrupted by the Deep State propaganda mill. Schmidt appeared on MSNBC Friday and stressed that the U.S. is at a crossroads.

Residents of the country formerly called United States must choose the New World Order and open borders globalism over Rule of Law and election integrity. Millions of Americans are still in shock over the way all the evidence of election fraud has been swept under the carpet.

Washington, D.C. is on high alert in the days leading up to the installation of Joe Biden as official Governor. George Soros apparently wants him to take charge of what’s being called “North Central America” which will eventually encompass everything between Canada and the Panama Canal as one unified district in the global scheme.

The Lincoln Project are a group of traitors who want to convince conservatives it’s alright to drink the Kool-Aid. The January 6 assault on the U.S. Capitol Building has all those involved in the political circus terrified. Despite warnings and a historic National Guard presence, there is a lot of chatter on social media that Americans who aren’t ready to submit to the plans for global domination are ready to assemble again, this time in all 50 states and Washington, D.C.

Schmidt and his Trump hating “Lincoln Project” cronies were thrilled to see so called Republicans throw President Donald Trump under the bus at the second bogus impeachment hearing.

He was thrilled that Liz Cheney supported the impeachment and called Kevin McCarthy a coward for lacking the courage to “thoroughly repudiate” the Constitution.

When the Democrats talk about “unity” what they really mean is submission. Resistance is futile, they claim. The Pentagon has officially declared allegiance to George Soros so anyone with sneaky “patriotic” plans to defend the Constitution should forget about them and quietly go home.

Wait for instructions. “Before we can talk about reconciliation, we have to talk about accountability,” Schmidt warns. His Lincoln Project minions are spreading out to spread the word.

Face it, he adds. The democrats are running the show now, like it or not. Trump was squashed like a bug but his followers haven’t read that memo yet. Schmidt warns the Democrats to be prepared. Donald Trump he claims, “is a ‘fascist who ‘incited violence against the people of the United States as the Capitol of the United States fell to a seditious mob’ on January 6.

And the ‘fascist’ movement that Trump has promoted won’t be going away after Trump leaves office on January 20.” The Lincoln Project knows there is only one thing the New World Order can do about all those deplorables. “This threat must be crushed. It must be annihilated. This threat must be met head on. We are in for a long fight. It will last years.”

Chris Wray on Hot-Seat Over Lying to Congress

Republicans on the House Judiciary Committee can’t wait to cross-examine Chris Wray. The alleged FBI Director has some…
byMark Megahan
No comments

Adam Schiff Slithers Onto the Scene in Durham Drama

Just when everyone thought the Sussmann trial drama couldn’t get any more interesting, it suddenly did. Adam Schiff…
byStaff Editor
No comments 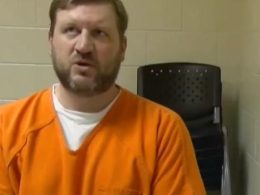 Police in Los Angeles stumbled across an underground drug lab in Granada Hills. They were there because of…
byStaff Editor
No comments