Man Jumps Off Building, Kills Himself and the Person He Lands On

A suicide attempt turned into an accidental murder-suicide when one man decided to jump from the roof of a building, falling onto another man and killing him.

At around 6 p.m. on Monday, September 20th, a distraught 25 year old man decided to jump off of the roof of the Cromwell Towers on Locust Hill Avenue, falling 12 stories and ultimately landing on a 61 year old man on the concrete parking garage roof.

According to Yonkers Police, both men died at the scene.

Investigators are currently in the process of interviewing witnesses and family members, as well as reviewing surveillance videos of the incident.

“The City of Yonkers and Yonkers Police Department offers its sincere condolences to the families of both men,” Det. Lt. Dean Politopoulos said.

The identities of both men have not yet been reported.

“Preliminary information is that a distraught 25-year-old male jumped off the roof of the building, falling 12 stories onto the concrete parking garage roof below and striking a 61-year-old male; both men died at scene,” the Yonkers Police Department tweeted soon after the incident.

If you are struggling with thoughts of suicide or are worried about a friend or loved one, help is available. Call the National Suicide Prevention Lifeline at 1-800-273-8255 (TALK) for free, confidential emotional support 24 hours a day 7 days a week. You can also reach the Trevor Project at 1-866-488-7386 or the Crisis Text Line by texting “START” to 741741.

ALERT: If You See This Vehicle, Call the Police IMMEDIATELY

If You See THIS on a Fence Post, Quickly Turn Away and Go Back 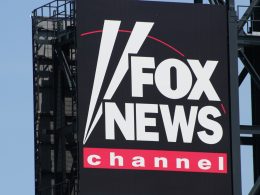 Fox News has fired yet another conservative, this time for a truly shocking reason. After conducting an internal…
byAnastasia Boushee
No comments 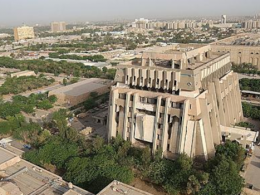 Failed Drone Attack, But Who Was Behind it?

During a two-week operation referred to as “Operation Not Forgotten” in Georgia, the U.S. Marshals Service worked alongside…
byAnastasia Boushee
3 comments
"