Patriots Unload on Bush Jr After He Makes Afghanistan Statement

Former President George W. Bush has been generally overlooked in recent days, with blame for the Afghanistan disaster widely being assigned to Joe Biden and his administration. Now that Bush has released a first statement about the situation that is starting to change.  As the one who did more than any other individual to shape the course of the two decade long occupation of Afghanistan, should the former president be receiving more of the blame for this defeat?

Should have known better

The initial decision to invade Afghanistan in the aftermath of the 9/11 attacks was overwhelmingly popular with the American people, who generally wanted to see a suitably strong retaliation against the people who were responsible.

Afghanistan was rapidly and easily conquered by American and allied forces and the Taliban regime was toppled decisively. Bush was then presented with the question of what to do with the newly occupied country.

The result would be a nearly 20 year experiment with nation building, both in Afghanistan and in Iraq after the regime of Saddam Hussein was defeated in 2003.

The policy of nation building which was adopted by the Bush Administration was founded on the belief that these countries could be forcibly turned into functioning liberal democracies.

Despite these countries having no democratic tradition and showing no indication that they had the desire or the capacity to become just like the United States, the administration forged ahead with their plans to make it happen.

It is easy to say that this was doomed from the start now, with nearly two decades of hindsight, but any degree of historical or cultural awareness should have been enough to provide plenty of insight into what would happen.

In both countries nation building as ordained by Bush has been an abject failure, despite the loss of trillions of dollars and thousands of American and allied lives.

The government of Iraq barely held itself together through the initial rise of ISIS. Massive external support was required to drive the terrorist group out of their territory in the country.

Now the Afghanistan experiment has failed even more spectacularly with the reconquest of Kabul by the Taliban. The Taliban now control more of the country than they did before the U.S. toppled their first regime in 2001.

There is an abundance of blame to go around for the Afghanistan disaster; President Biden is rightfully receiving much of it as the man ultimately responsible for the American withdrawal.

Clearly, however, the situation goes far beyond Biden himself. The situation has exposed a dangerous level of incompetence at the highest levels of the federal government and the military.

Yet if there is one individual who should perhaps be held responsible for the disaster above the rest it is George W. Bush, who set these events in motion with the decisions he made nearly twenty years ago.

Nikki Haley Back Peddles and Jumps Back on the Trump Train

Nikki Haley is continuing her attempts to position herself for a presidential run in 2024, making the customary…
byChris Dorsano
No comments 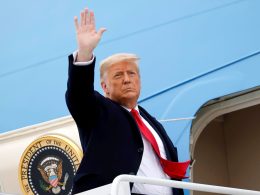 In a January 21 interview with Carrie Sheffield on “Just the News AM,” top Trump adviser Jason Miller…
byChris Dorsano
No comments