Pelosi Unveils Her Trump Hating Committee, Here Are the List of Names

Speaker Nancy Pelosi (D-CA) is forging ahead with her blatantly partisan witch hunt committee on the January 6th Capitol Riot, an overt political vendetta which a mere two RINO Republicans, Reps. Adam Kinzinger (R-IL) and Liz Cheney (R-WI) voted in favor of. In a startling break with House norms, Pelosi even tapped Cheney to join the committee, a move almost completely unheard of, as the Republican leader, in this case, House Minority Leader Kevin McCarthy customarily chooses GOP Committee assignments. This farce is referred to as “The Select Committee on the January 6th Insurrection ”

No time to catch breath though, it gets even worse. The Democrat-Socialists under Pelosi and the Biden-Harris regime aren’t even TRYING to appear objective or make even token displays of integrity, no. In a show of their sheer gall and hubris, Pelosi has selected Congressmen Adam Schiff (D-CA) and Jamie Raskin (D-MD) who led the second failed impeachment of President Trump to sit on the committee, showing for the world to see the express goal of this political dog and pony show: revenge on Trump and his supporters.

“Pelosi will appoint an additional five members after consultation with Republican Minority Leader Kevin McCarthy (R-CA), for a total of 13.” Breitbart reported. ‘Consultation?’ Sure. McCarthy was already blindsided that any Republican in the House “would get their assignments from the speaker.”

In a statement released to the press, The Speaker’s office  wrote,

“The Select Committee on the January 6th Insurrection will investigate and report upon the facts and causes of the terrorist mob attack on the United States Capitol on January 6th, 2021.  It will also be charged with reporting its findings, conclusions and recommendations for preventing future attacks.  The Committee will be bipartisan, with thirteen members appointed by the Speaker, five of whom will be appointed after consultation with the Minority Leader.”

McCarthy: No Plans to Appoint GOP to Pelosi’s ‘Committee’

For what it’s worth Minority Leader McCarthy is taking steps to avoid lending what amounts to a House kangaroo court any credibility at all. According to The Washington Examiner,

“McCarthy gave no indication that he had plans to appoint any members to the special committee announced by the speaker.”

The select committee, unlike a commission that has a 60-day time limit, has no expiration date, and as Pelosi told reporters Thursday, it can operate “as long as it takes for them … to investigate the cause of this.”

Since Dems Refuse to Do Anything, Mexico is Now Helping Secure Our Southern Border 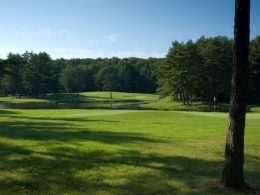 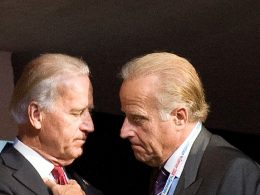