Scary Info About the NIH Revealed

The Biden-Harris regime’s COVID19 Dr. Francis Collins, director of the National Institutes of Health has told CNN’s State of The Union on August 1st that he favors businesses and Governments requiring proof of vaccination or regular COVID19 testing. From the depths of the Obama Presidency, the Behavioral Science techniques of Former Administrator of the White House Office of Information and Regulatory Affairs (Read: Propagandist), Cass Sunstein has reared its ugly head, writ large by the Biden-Harris regime’s NIH.

“We are about to discover what it’s like to live in a nation where you could be banned from shopping at a grocery store or getting gasoline at a service station because you haven’t been vaccinated.

It’s a strong-arm tactic one would expect in some sort of authoritarian regime run by state police.

Expect the jack-booted journalists in state-run media to embrace this radical scheme in the name of public health and safety.

Either get the vaccine or the government will starve your family.”

Nudge, Shove, and Then Shoot –Redux

CNN’s Jake Tapper reported, “Some businesses are going a step further and requiring proof of vaccinations not just for employees, but even for customers in some cases. Audience members for broadway plays and musicals need to be vaccinated. Some bars in San Francisco and D.C. are requiring proof of vaccinations. Do you think as a public health measure it would be good for more businesses to require vaccine credentials in order to have vaccinated customers?”

Dr. Collins’ response was disturbingly authoritarian in nature, ” “As a public health person who wants to see this pandemic end, yes!”

“I think anything we can do to encourage reluctant folks to get vaccinated because they’ll want to be part of these public events, that’s a good thing.”

“I’m delighted to see employers like Disney and Walmart coming out and asking their staff to be vaccinated. I’m glad to see the president has said all federal employees. I oversee NIH. With 45,000 people need to get vaccinated or if they’re not to get regular testing which is inconvenient. All of those steps, I think are in the right direction.”

“But I think maybe that’s what it will take for some of those who have still been a little reluctant to say, okay, it’s time. The data will support the decision. They are making the right choice for their own safety. But sometimes it takes a nudge.”

Scary Language From The Obama-Era Reveals The Machinery Behind The NIH, Collins, And Fauci

In 2013, Glenn Beck of The Blaze (then of Fox News) described the Behavioral Science theories of Cass Sunstein to his audience which were being employed by the Obama Administration at the time, and have clearly lived on in the Biden-Harris Regime,

“You use behavioral scientists and you figure out with behavioral scientists how to get people to nudge them. Well that is Cass Sunstein and this President has a team of behavioral scientists that doesn’t seem to bother America anymore. They are treating you like a lab rat. That’s how they’re treating you. That’s how they look at you.
And it all boils down to nudge, shove and then shoot.
First they nudge you. They put the carrots toward the front and the French Fries in the back. And then when you won’t do what they ask you to do, then they just shove you. That’s what happened, and this is a really big change.”

Now place the events of 2020 into context, consider the governing philosophies of the Obama Presidency, and now its spiritual successor the puppet government of Biden: Rahm Emmanuel said “You never let a serious crisis go to waste. And what I mean by that it’s an opportunity to do things you think you could not do before.” Cass Sunstein said, “If manipulation really does increase welfare, then it would seem to be justified and even mandatory on ethical grounds.” As Beck observed: “How do you transform a nation? Nudge, shove, shoot.” We’ve seen this strategy MADE MANIFEST throughout the entire COVID19 panic.
When they ask you to get vaccinated and wear a mask without consequences other than an emotional appeal and social pressure, public scorn, and such, that’s an ASK. It’s the mask sign on the door of the store that no one actually challenges you on.

“It needs to be hard for people to remain unvaccinated.”

That’s a NUDGE. “Hey, you can opt-out. But if you want to opt-out you have to sign these forms, you have to get twice-weekly testing.”

When your vaccination status costs you your JOB when your refusal to wear a mask or be tested for the seventy-fifth time this month stops you from going grocery shopping. When your children are EXPELLED from school because of it. That’s a SHOVE.

When a vaccination becomes MANDATORY, fines, punishments, forfeiture, and jail time are applied, that is the application of force. That’s the SHOOT. The point where resistance is answered with government-sanctioned violence.

The question is: How long do we have before we move beyond the shove? 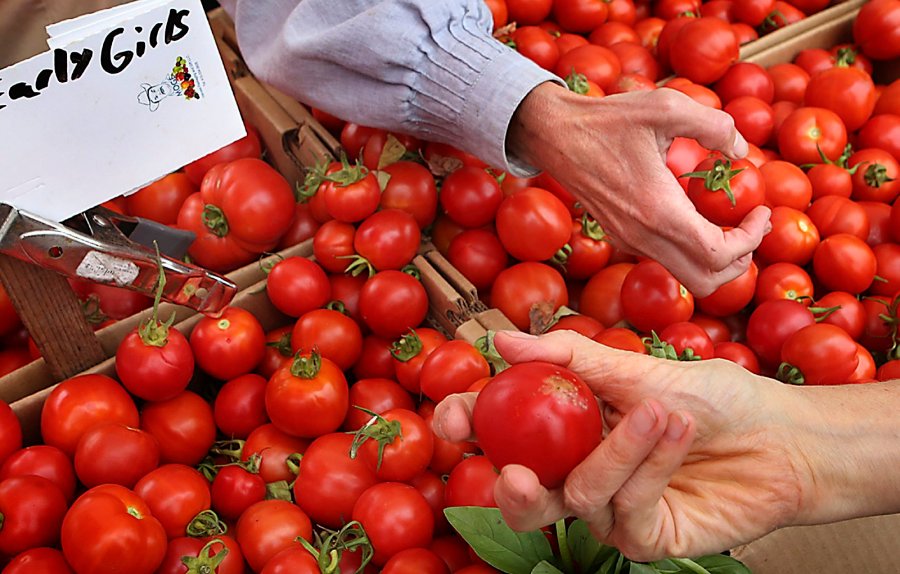 Right now, MILLIONS of pounds of fresh vegetables are going to waste. The coronavirus pandemic has almost completely…
byChris Dorsano
No comments

No, it’s not an insurrection, Democrats insist in their sick and twisted doublespeak. What’s happening in Portland is…
byMark Megahan
No comments