Senator Promises Riots in The Street if Trump Charged

Senator Lindsey Graham promises “riots in the street.” The South Carolina Republican isn’t known as a hothead. Everyone also knows there isn’t any love lost between him and Donald Trump. Not since then-candidate Trump gave out his opponent’s cell phone number during the primary. Even so, the senator is convinced there will be hell to pay if Garland files charges against the former president. He sat down for an on-air visit with his old buddy Trey Gowdy, Sunday night.

There will literally be riots in the street of Trump is indicted. Trey Gowdy kicked his “Sunday Night in America” show off this week with a clip of Meta CEO Mark Zuckerberg ratting out the FBI.

Zuckerberg confirmed that the bureau ordered the platform to suppress anything that smelled like a story about Hunter Biden’s laptop as “Russian propaganda.” They intentionally altered the outcome of the 2020 election, it seems. Then, Gowdy brought conservative South Carolina Senator Lindsey Graham out, to talk about it.

The “two-tiered legal system in favor of President Biden and against former President Trump” is blatantly obvious to Senator Graham. Between obvious censorship and misdirecting propaganda clouding Hunter Biden’s influence peddling crimes and a high-profile raid on Mar-a-Lago, there is a significant threat of “violence in response.”

Lindsey Graham is sending an ominous message warning there will be "riots in the streets" if Donald Trump is prosecuted.@Dr_CMGreer tells @AymanM "Graham knows better and how this can erode American democracy… it's frightening." pic.twitter.com/kk7X99HZXl

That’s why the FBI buildings nationwide have barricades around them. “If there is a prosecution of Donald Trump for mishandling classified information after the Clinton debacle there will be riots in the street.”

“What happened with Hunter Biden is that the FBI weighed in to make sure the story didn’t break before the 2020 election. We now have whistle-blowers at the FBI telling Senator Grassley that they were told to slow down and back off Hunter Biden.” 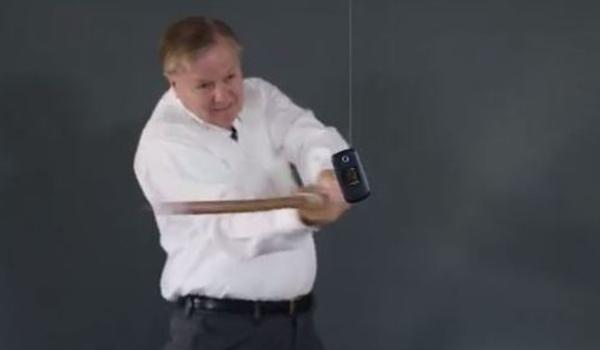 It was a joke

Both Gowdy and Graham have solid reputations as conservative Republicans. They don’t talk about riots lightly. “You love the law and I love the law” Graham noted.

“I’ve never been more worried about the law in politics as I am right now. How can you tell a conservative Republican that the system works when it comes to President Trump?” You simply can’t. “What happened in Crossfire Hurricane, it was a joke of an investigation. People lied and manipulated the evidence.”

Compare that to the way Hillary Clinton was treated. Most recently, we suddenly have Hunter Biden all over the news. His face should have been plastered on TV screens in 2020, before the election. “Look at what happened to Hunter Biden. They gave him a complete pass apparently. And social media outlets suppressed information that could have mattered.”

It could have seriously changed the outcome of the election. The possibility isn’t a small one, it’s more like near certainty that Trump would have won in another landslide, despite the (alleged) fix being in. If the FBI charges him after not charging Hunter after all this time, riots are on the horizon.

Even charging Hunter first won’t make much difference now. It will be totally obvious it’s only being done as reaction to public opinion. Graham doubled down. “If they tried to prosecute President Trump for mishandling classified information after Hillary Clinton set up a server in her basement there literally will be riots in the street. I worry about the country,” he added.

“We’re more exposed to another attack than we’ve ever been. The Taliban are back in charge of Afghanistan. Al Qaeda and ISIS are thriving in Afghanistan. They desire to hit our homeland. Joe Biden canceled the residual force insurance policy to make sure they couldn’t gather up over there to hit us here.” Nobody is talking about the three guys in ghillie suits who just almost infiltrated America.

These Pride Event Pictures Will MAKE YOU SICK

They Found Him DEAD… He Fell From the…

The number of children that have been shot in Chicago is horrifying. Sadly, that number went up again.…
byStaff Editor
No comments

Scientists at the University of Waterloo were analyzing a 2.5-billion-year-old ruby when they realized that they had potentially…
byChris Dorsano
No comments