When Antifa tried to mess with Yucaipa, California they got the beat down of the century. A few young radicals decided to expand their territory outside the urban jungle they normally prowl but they made the mistake of picking the wrong neighborhood. “They just beat the ever-loving snot out of three or four guys.” Local vigilante groups are preparing for battle across America’s heartland.

When Antifa messes with the suburbs. Best thing I’ve ever seen. pic.twitter.com/zK6MkhdemV

beat down and chased away

The small town of Yucaipa, California, does not like Antifa terrorists trying to invade their village. When “a small gang of Antifa thugs” tried to mess with “the wrong town,” as Todd Starnes tweeted, things got violent. This time wasn’t like the urban riots, the looters were the ones feeling the pain. Half the town turned out in force to chase the troublemakers back to the city where they belong.

Some of the excitement was captured on video. “They just beat the ever-loving snot out of three or four guys. The Antifa guys are not doing well at all here. They’re getting the **** kicked out of them.” A crowd of Yucaipa natives harried and harassed the hoodie wearing interlopers and slapped them around whenever they got close enough to make contact.

The townies looted a shirt and a shoe from one of the subversives. They proved they aren’t as inconsiderate as the BLM looters have been. At least gave his shoe back. “Hey homie, here’s your shoe, dog” someone yelled as they threw the shoe at the running radical. “You can’t come to Yucaipa with this ****.” 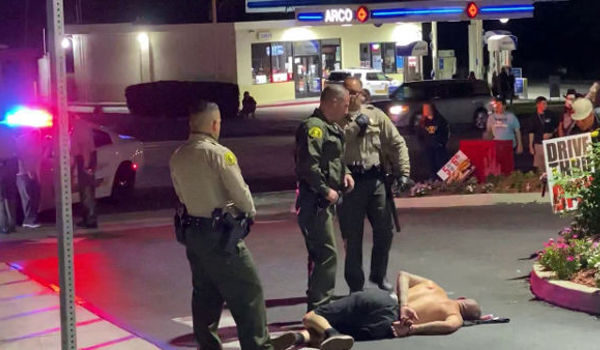 We deal with our own

The battle of Yucaipa proved one thing for sure, the town is cohesive. One resident posted on social media, “here in my hometown of Yucaipa Ca we deal with our own!” The neighborhood watch there is “Armed and posted protecting our city. Antifa was ran out of town as quickly as they came in.” They were either chased out or beat senseless.

It didn’t take long for all the invaders who could still walk to turn tail and run. “We don’t need to follow them, They’ve had enough,” someone can be heard saying in the video background. After all, folks in Yucaipa aren’t “latte-sipping, p*ssy hat-wearing wimps.” Nope, not at all. There folks are described as “legal gun owners who will fight to defend their families and homes.” They have to. Their state is full of “Democratic mayors and governors” who “refuse to protect them.”

Republicans About to Make Good on Their Promises to Californians 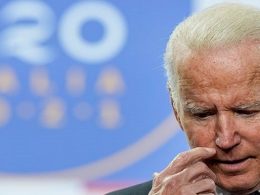 He is off the air!
byChris Dorsano
No comments
"