Deep State sleaze-ball Peter Strzok did the research used to entrap Michael Flynn under the Logan Act. Then Strzok had the nerve to brag about how “awesome” he was, for engineering the “Flynn-flam.” Strzok found the loophole used to snare incoming President Donald Trump’s National Security Adviser.

In a recently released email, Strzok brags, “because I am so awesome,” he found a “CRS piece on the Logan Act from 2015.” They could use it to trap Michael Flynn because, “all the legislative history they cite does not involve incoming administrations.” That means that they were sailing in uncharted waters that nobody had put up no trespassing zones in. That doesn’t mean it was totally aboveboard, only that it could be used.

Strzok and everybody else was well aware, as Strzok pointed out in the same email, that “the discussion of whether the act is currently viable may hinge on the fact that, despite its having been law for more than 200 years, no one has been prosecuted for violating it. Its viability may also involve constitutional issues, such as freedom of speech and right to travel, mentioned above, since these constitution issues appear not to have been litigated with respect to the Logan Act.”

It didn’t take long for Donald Trump, Jr. to weigh in on Twitter, typing that Joe Biden was “caught red-handed setting up” General Flynn. “He suggested using the Logan Act” to boost the spirits of James Comey, who was depressed because “Flynn’s calls with Kislyak ‘appear legit.'” According to Junior, “Biden & Obama tried subverting democracy/peaceful transition of power to destroy him & compromise the Trump admin!”

Involved from the start

In the past few days, reports have surfaced that key officials of the Obama administration including Barack Obama and Joe Biden were directly involved. A secret meeting in January of 2017 was when they cooked up the Logan Act excuse to continue the Flynn probe, even though they knew that what he said to the Russian Ambassador was totally legitimate.

“Strzok’s notes believed to be of January 4, 2017, reveal that former President Obama, James Comey, Sally Yates, Joe Biden and apparently Susan Rice discussed the transcripts of Flynn’s calls and how to proceed against him.” They decided to use the Logan Act.

Strzok’s notes reveal that “then-Vice President Joe Biden wanted to invoke the Logan Act against General Mike Flynn.” He also jotted down that it was Barack Obama who directly ordered the investigation. Obama clearly told his political “plumbers,” to “have the right people on the case.” Obamagate, bigger than Watergate ever dreamed of becoming.

American Couple Face Lash Back After Confronting Protesters at Gunpoint

Video: There is No Support for Biden and Harris Bus Tour 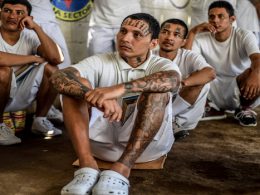 How Hollywood Elites are ‘Glorifying a Child Rapist’

Several Hollywood elites have decided to glorify Joseph Rosenbaum, a convicted child rapist. They are being called out…
byAnastasia Boushee
No comments
"