Alleged President Barack Obama is guilty of ordering the entrapment of Lieutenant General Michael Flynn. The man some call a usurping Kenyan also told his Obamagate “plumbers” they should keep Trump’s transition team out of the loop. Hillary Clinton fanatic Peter Strzok took handwritten notes at an Oval Office meeting that he never expected anyone to see. He never expected his wife to read his text messages with Lisa Page either.

Strzok’s freshly revealed notes confirm Obama’s “key role in surveillance and leak operation against Michael Flynn,” The Federalist writes. The conspirator-in-chief personally directed James Comey and Sally Yates to investigate Flynn. His alleged crime was a routine phone call with one of his Russian counterparts. President Big Ears also instructed his Deep State minions to hold back the incriminating information from incoming President Donald Trump and his national security team. Those old enough to remember the Nixon administration say what was done in 2016 and 2017 makes Watergate look like the third-rate break in it was.

At the now infamous Oval Office meeting on January 5, 2017, Barack Obama personally directed former FBI Director James Comey and former Deputy Attorney General Sally Yates to investigate Flynn. At the time they knew he had done nothing wrong and recently released transcripts of his actual phone calls with Ambassador Kislyak confirm he did nothing wrong. That didn’t stop the Federal Bureau of Instigation from manufacturing a crime.

Obama even confirmed they should use the Logan Act to trick him into lying. It’s a useless little law that nobody ever heard of because nobody has ever been found guilty of breaking it. It’s great to get people to think they’re on thin ice and crack in interrogation sessions. Which is exactly what happened to Flynn.

They devised it, managed it, and oversaw it.

Not a happy New Year for the outgoing regime

On January 5, it wasn’t a happy day for Obama’s minions. Peter Strzok, Joe Biden, James Comey, Sally Yates, and Susan Rice were summoned to the Oval office. Later, as Trump was being sworn in to office, Rice felt compelled to email herself a reminder that Obama pre-threw her under the bus by saying if she got caught it was her that was responsible for anything illegal. Not in so many words, but that was the gist if you invert what he did say.

As Rice schizophrenically emailed to herself, the president wanted to be sure “every aspect of this issue is handled by the Intelligence and law enforcement communities ‘by the book.’ The president stressed that he is not asking about, initiating or instructing anything from a law enforcement perspective. He reiterated that our law enforcement team needs to proceed as it normally would by the book.” Just how do you entrap someone “by the book?”

That meeting is also when they cashed in the insurance policy that Strzok and his lover Lisa Page cooked up in Andrew McCabe’s office. At the 2017 meeting, he “gave guidance to key officials who would be tasked with protecting his administration’s utilization of secretly funded Clinton campaign research.” They did not want Trump to find out anything at all about that.

The notes not covered by black magic marker are cryptic but unmistakable. Like any gangsters, they talked in innuendo. The DAG wanted to “lean forward on” Flynn. Biden protested, “Logan Act?” to which Obama noted, “These are unusual times.” Biden hesitated. “I’ve been on the intel committee for ten years and I never…” Obama chopped him off. “Make sure you look at things and have the right people on it.” “Happy New Year. Yeah, right.” James Comey quipped.

I told you!
byG. McConway
7 comments 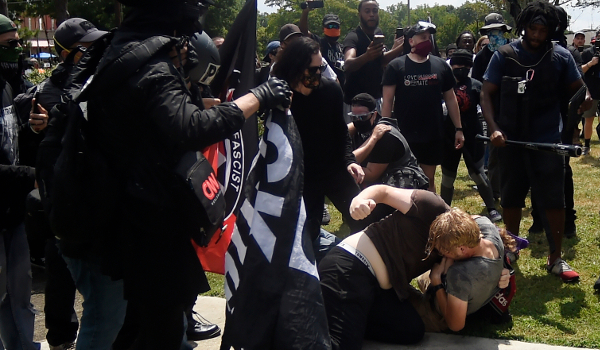